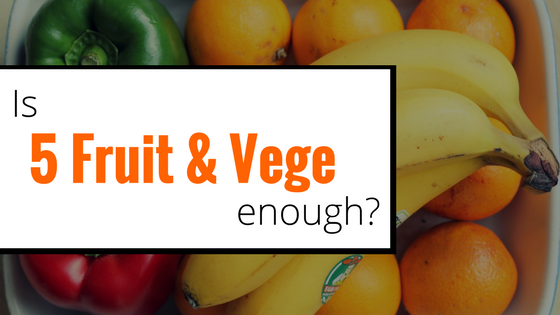 Recently, you probably noticed a lot of discussion in the media about fruit and vegetable intake.

This was in light of a study [1] recently published which studied eating more than five portions of fruit and vegetables (400g) per day (the current UK and World Health Organisation guidelines). There was a lot of confusion about whether the guidelines had changed (they haven’t) and what the study meant in terms of our current understanding about the importance of fruit and vegetable intake for maintaining good health.

In this article, Emma Green hopes to clear up this confusion, as well as providing you with tools to be able to read and interpret research articles or even just adopt a more critical stance of the media presentation of scientific studies.

So what did this study do?

The study was a systematic review and meta-analysis.

1.] A ‘systematic review’ means that the authors have searched for all of the previous studies that have been conducted on a particular topic (in this case fruit and vegetable intake) in a systematic way (rather than a quick and dirty google search!) and summarised what these studies have found.

2.] A meta-analysis goes beyond this and provides a statistical representation (a numerical value) of the findings of all the studies. This study explored whether there was a dose-response relationship between increased fruit and vegetable intake and future health problems (eg. is more better?). It is important to note that the study only looked at cardiovascular disease, cancer and mortality rates.

What did this study find?

The study found that reductions in risk for cardiovascular disease or dying from another cause was reduced for individuals consuming up to 800g of fruit and vegetables per day (the equivalent of 10 portions per day). For cancer, the benefits levelled out at intakes of 600g per day (7.5 portions per day).

So what does this mean?

There are several things we need to take into consideration about this review before making a firm conclusion, which I will discuss below.

How was fruit and vegetable intake measured?

Fruit and vegetable intake was measured through self-report in the studies in the review.

This is the most common way to determine intake in nutrition studies but can be unreliable. People may over-report the number of fruit and vegetables they are consuming each day (particularly if they are being asked about it by a researcher and they are aware of government guidelines). In addition, most of the studies in the review only asked people at one time point what their intake was and then followed them up to see if they became ill.

Very few studies asked people later in time what their intake was, so it cannot be known whether people’s intakes changed in between the time they were asked and when they became ill.

For example, walking in the gym is strongly associated with increased muscle mass. Does this mean that walking into the gym is inherently anabolic? No, it depends on what you do in the gym once you get there, as well as many other factors (calorie intake etc).  There are many things which are associated with each other, which is known as correlation but this doesn’t mean that one directly causes another.

Similarly, in this review, fruit and vegetable intake may be a marker for living a healthier lifestyle, rather than being an independent risk factor in itself. For example, people who eat more fruit and vegetables are more likely to be physically active, not smoke, drink moderately etc. Some studies in the review attempted to statistically account for these other factors but not all studies did this. 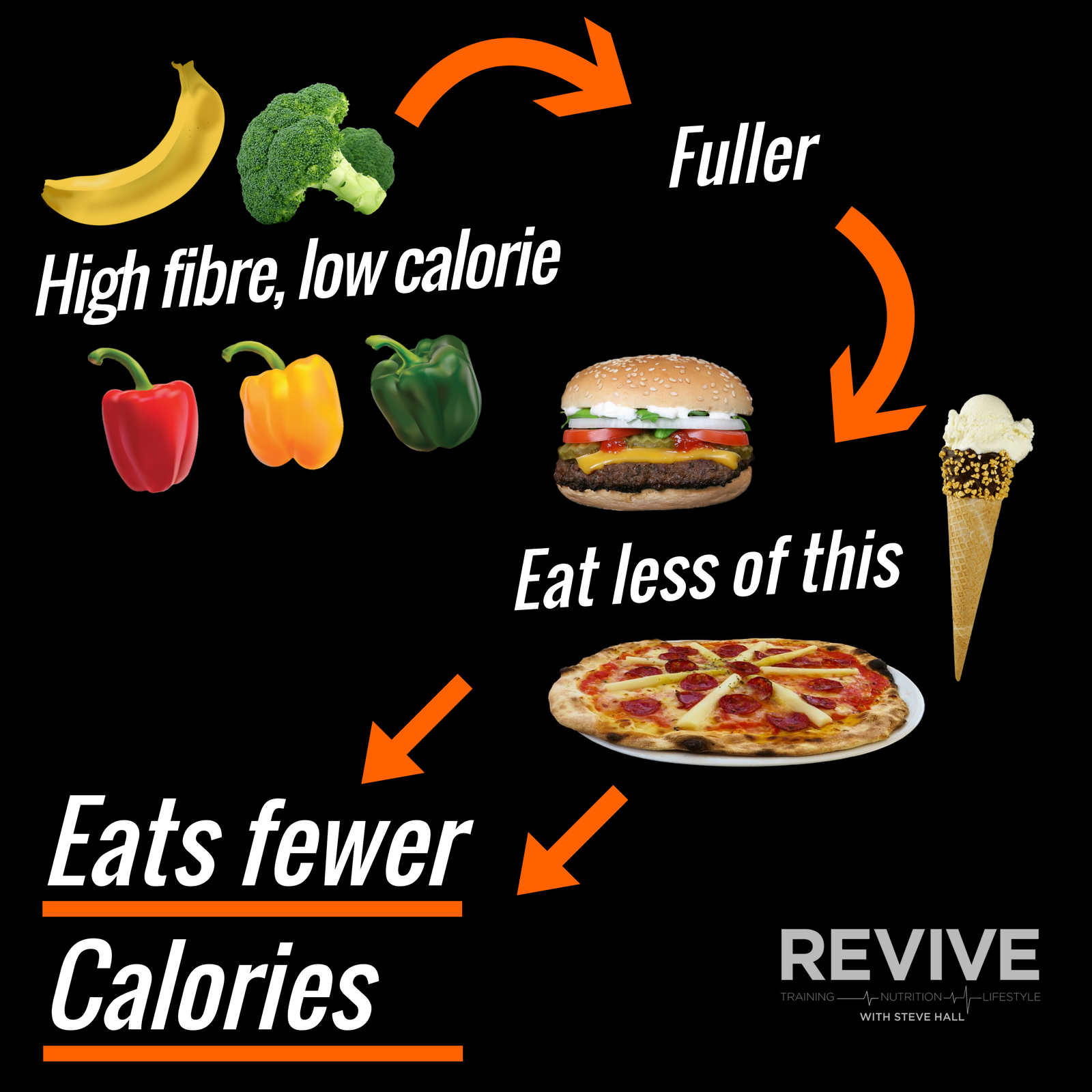 Publication bias refers to the greater likelihood of a study being published if it reports a positive result. Journals tend to be less interested in studies which report no difference. In terms of this review, it is possible that several studies have found no association between fruit and vegetable intake and future health problems but that they weren’t published.

It is important to distinguish between relative and absolute risk.

Unfortunately, when studies are reported by the media, there is often no mention of the conclusions made by the researchers who conducted the studies, instead a catchy, attention-grabbing headline is selected, which often misrepresents the findings. In this review, researchers were very clear that they have only shown an association between higher fruit and vegetable intakes and health, not a causal relationship and have not suggested that the current recommendation of five portions (400g) needs to change. 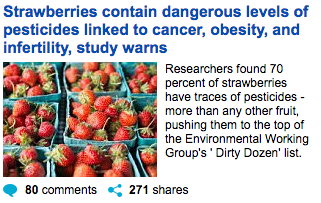 Government recommendations and use of evidence

The current government guidelines of five portions (400g) of fruit and vegetables per day were derived from a body of evidence indicating that this amount is the minimum amount needed per day to prevent future health problems. The current review merely confirmed what is already known, that an intake of 400g (5 portions) per day is a minimum but that higher intakes are even better, up to around 600g-800g per day (8-10 portions per day).

How much is enough?

So we come back to the question; how much is enough?

See also  Can you be addicted to food? 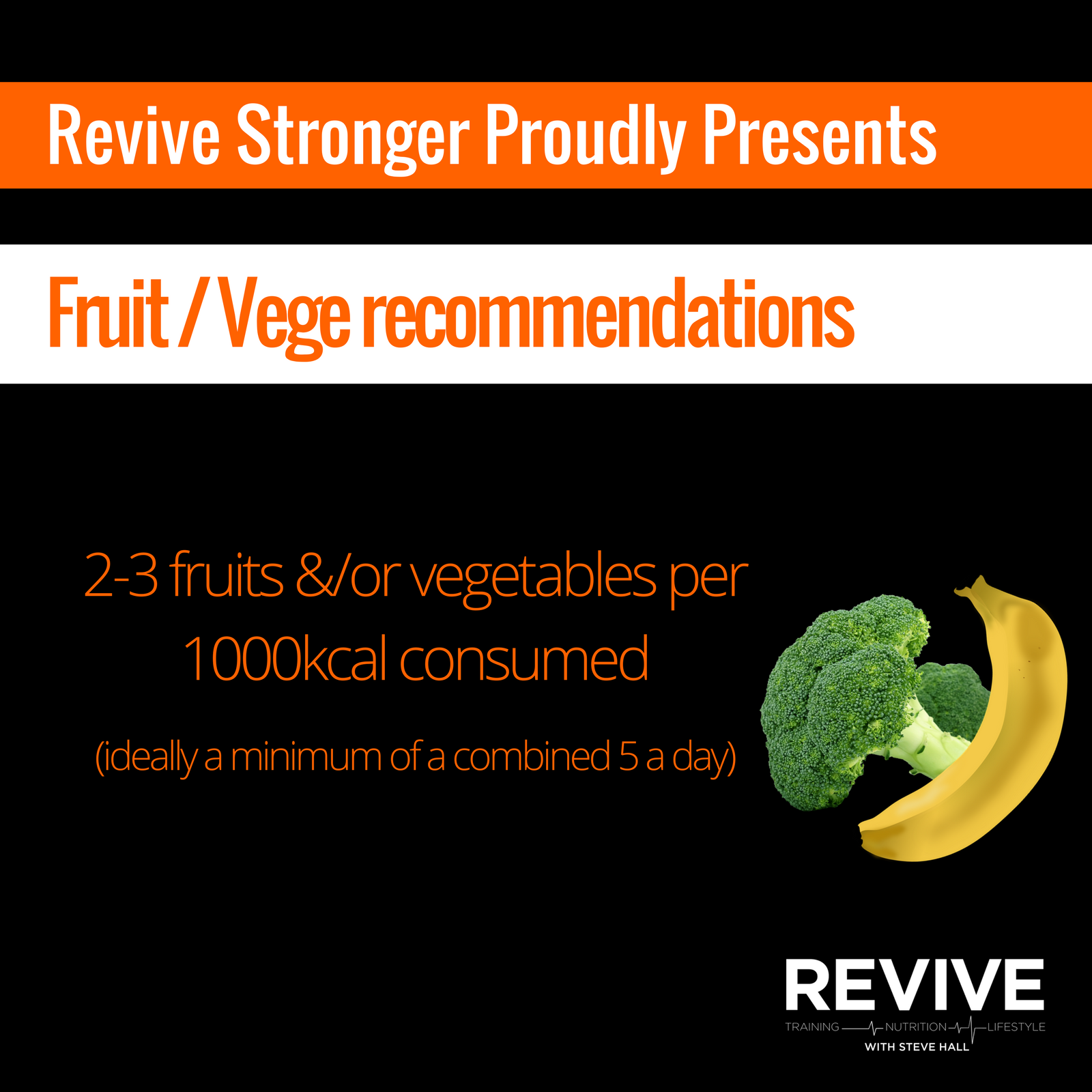 If you can get in more than this, that’s even better as eating more than five portions daily is associated with extra health benefits. So get munching those fruit and veggies!

[bctt tweet=”Fruit and vegetable intake: how much is enough?” username=”revivestronger”]